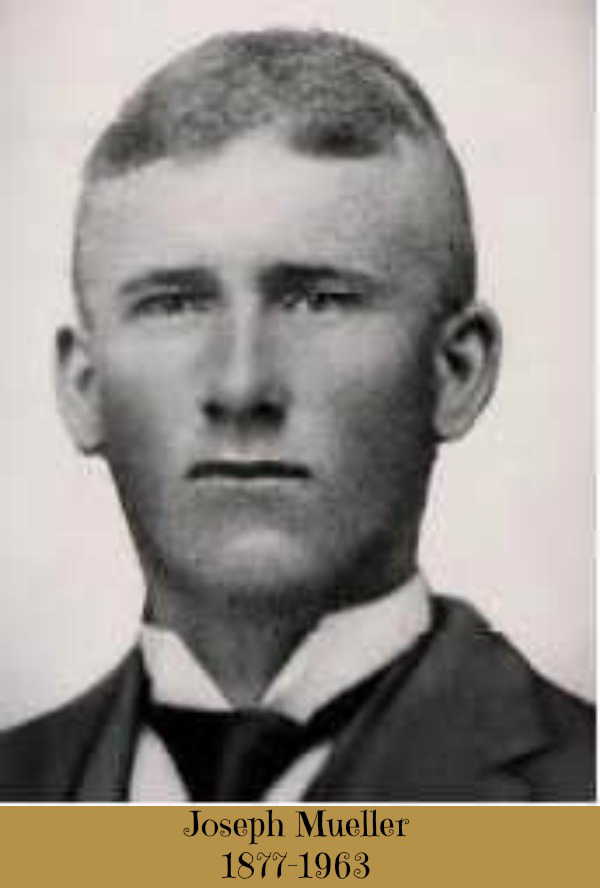 At the time of the 1920 census, Joseph Mueller was 42 years old. He is using the name “Joe.” He is still occupied as a farmer in North Dakota.

His tomb and burial information is available at https://www.findagrave.com/memorial/134026942

Joseph’s death certificate is from Coeur D’Alene, Kootenai, Idaho, USA. He was 85 years old at the time of his decease. He died on 11 Feb 1963 and the cause of death is an accidental drowning.

On FamilySearch.org, Joseph is listed as ID# G3GC-GYZ and may be researched on that free site for more family information. (Note: you may have to establish an account on this site, but there are no fees)