Luigi “Louis” Bravin was born in 1884 in Italy. He was a brother of Anibale Bravin ( the great grandfather of my children.)

Louis married Thecla (or Tekla or Cecelia; Meloso or Melloso) on November 15, 1909. They had five children in 12 years.

By occupation he was a stone mason. 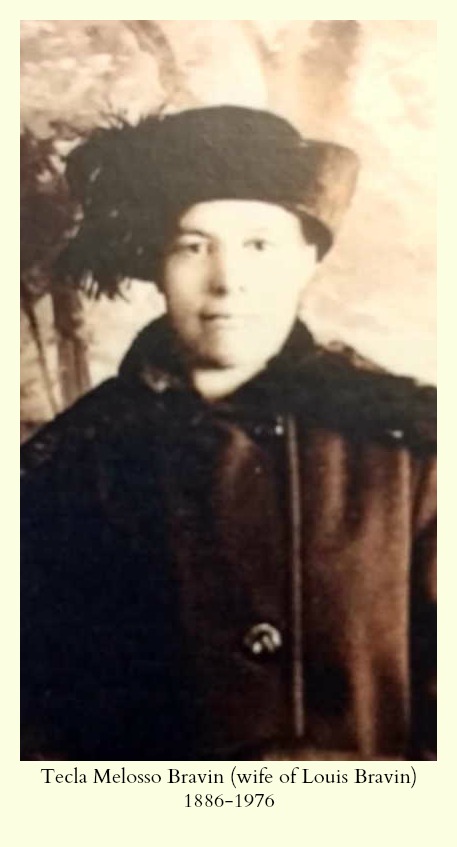