I have spent quite a bit of time trying to find ancestry documents on the 4th great grandfather of my grandson.  His name was George Eugene Heald, but he used his middle name “Eugene.”

Eugene was 21 years old when he married Agnes Hitt (the 4th great grandmother of my grandson). They had seven children together. It was their first born, Frances “Fannie” Adelia Heald, who would continue on my grandson’s direct ancestry.

The picture below is of Eugene’s 1st wife, Agnes Hitt Heald. 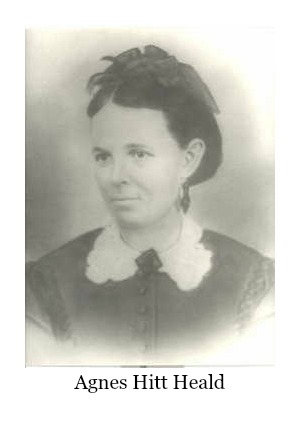 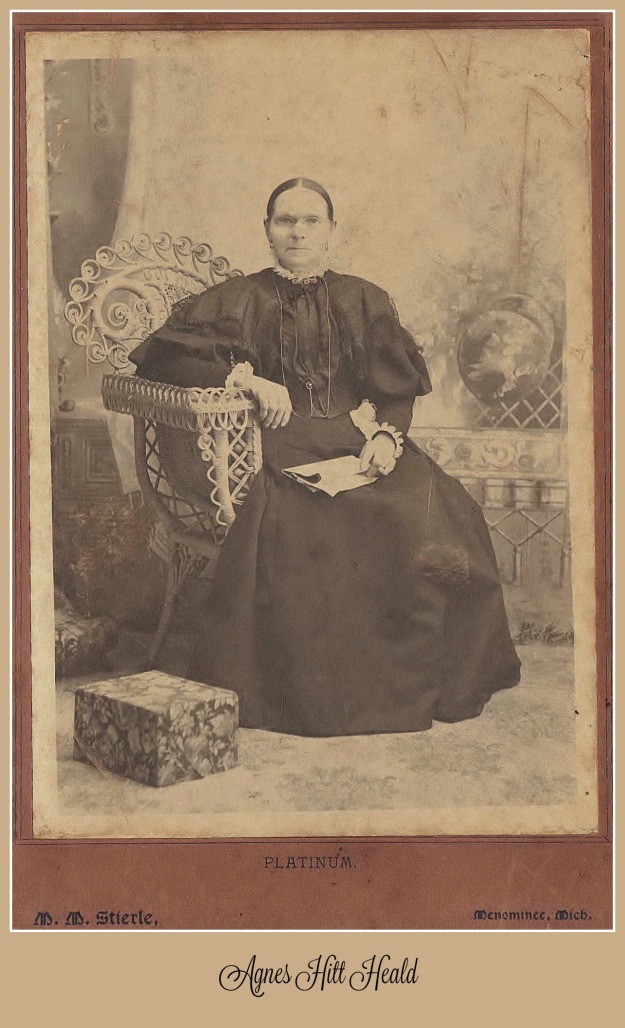 Later, Eugene would marry again to Angeline “Angie” Berriault. There were no children as a result of the 2nd marriage.

In a 1928 news article, Eugene is an elderly man and reflects and describes himself, “I am a regular down east Yankee.” He was describing the place of his birth and his origins. This wonderful news article from 20 August 1928, Green Bay Press-Gazette, gave me much of my information about Eugene. Here we find out that his father was part of the gold rush to California in 1848.”  This made Eugene’s father absent for some time during Eugene’s early childhood. After his family moved to Missouri for a period of 4 years, they finally moved to Clay Banks, Wisconsin.

One way to piece together part of Eugene’s life is to study the U.S. Census records.  In 1870 (age 25), he is living with his wife Agnes in New York and is employed as a teamster. The only children listed on this census record are Fannie (my grandson’s 3rd great grandmother) and Hattie. Sadly, Hattie died young.  See news article:

In the 1870 census, Eugene is living in Clay Banks, Door County, Wisconsin.  In the 1880 census, Eugene describes his occupation as  a farmer. By the time of the 1900 census, he is married to his 2nd wife, Angeline. His first wife Agnes had died the year earlier in 1899.

Eugene was a soldier in the Civil War, but I have not found military records at this point. 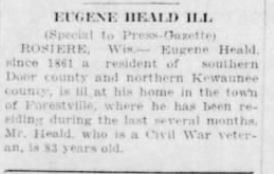 He died on August 10, 1930, in Algoma, Wisconsin, at the age of 85, and was buried in Door, Wisconsin.  The tombstone marker lists his name, his first wife Agnes, their young child Hattie who died when she was only 2 years old, and also listed is his second wife. 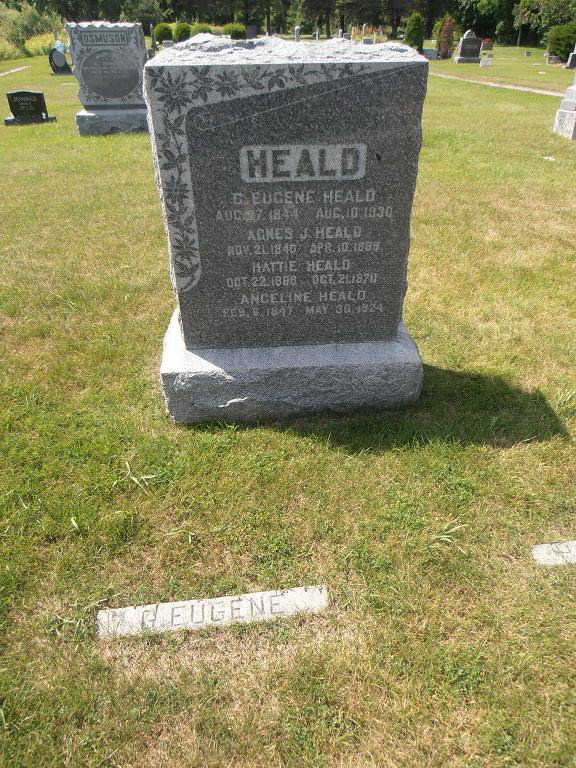 Here is the order of descendency from Eugene to my son-in-law (the 3rd great grandson of Eugene Heald).