When Maude Lillian Meador was born on April 16, 1887, in Eureka Springs, Arkansas, her father, Robert, was 25 and her mother, Charlotte Lucinda “Lottie” Shipman, was 22. In the 1900 census’ Lottie (Maude’s mother)  was already widowed and states that she is the head of the family working in a dry goods store.  Maude’s father died in 1895 when Maude was a mere 8 years old.

Maude married Gottlieb Jack Groshans on June 12, 1912 when she was 25 years old. In the 1920 census, G.Jack states that his mother tongue is French having come from Alsace Lorraine, France. G. Jack lists his occupation as farmer.

By 1935, records indicate that Maude and her husband “G. Jack”  were residing in Bruce, Illinois.  Maude’s husband died there in Illinois at the age of 63.  They had been married 29 years.

Maude Lillian Meador Groshans died on January 17, 1971, in Ypsilanti, Michigan, when she was 83 years old. 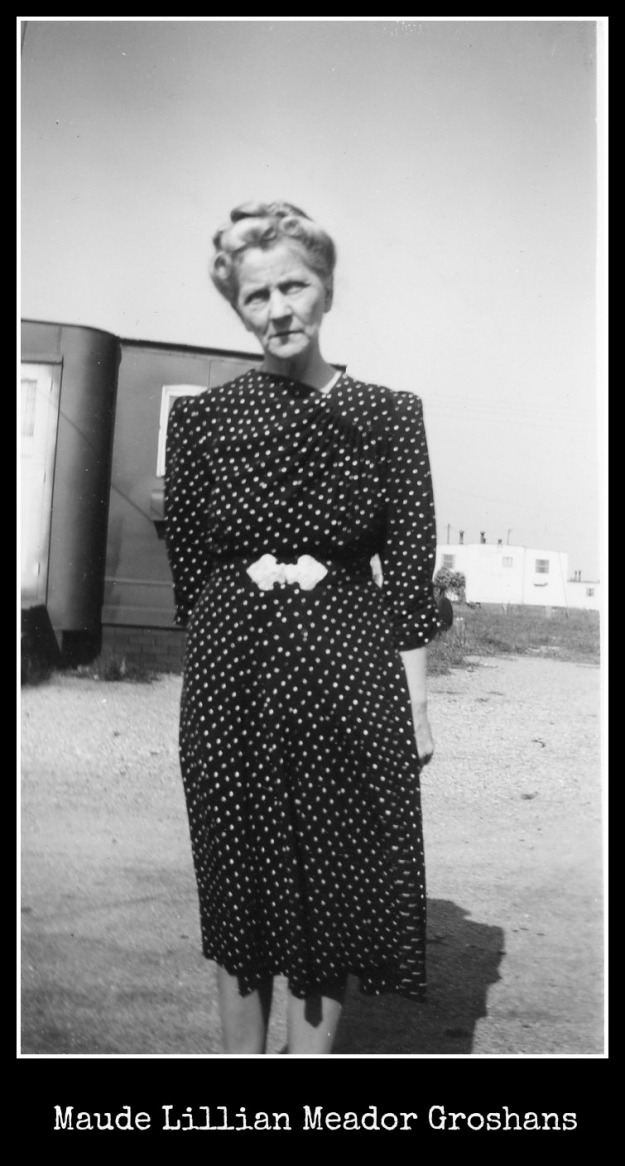 Leave a Reply to Generations of Nomads Cancel reply