When Elbert Emil Schmiling was born on January 29, 1912, in Algoma, Wisconsin, his father, Carl Schmiling, was 36 and his mother, Alma Runke, was 30.

He married Olive Viste on August 22, 1936. They had three children during their marriage.

The following is written my Joann Schmiling Wiesner:

“My father, Elbert Schmiling, for a very short time, managed a hardware store in Forestville. Primarily he was a teacher in Rio Creek and middle school principal in Kewaunee, and he could be called a ‘gentleman farmer’ as he lived on 40 acres and harvested some crops, sometimes raised pigs, chickens and sheep. He often rented pasture to other farmers who needed pastureland for their heifers.And when the young cows broke through the fence, Dad was never home; therefore, my Mom, brothers and I chased them back to the pasture….just an aside!! 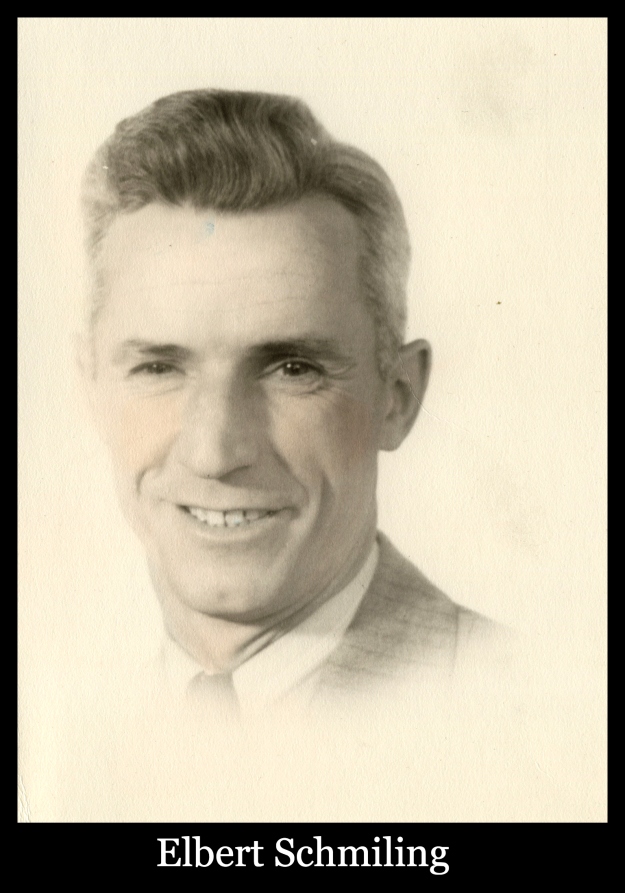 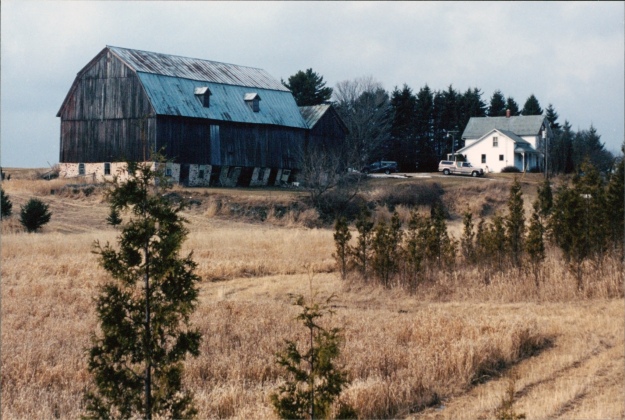 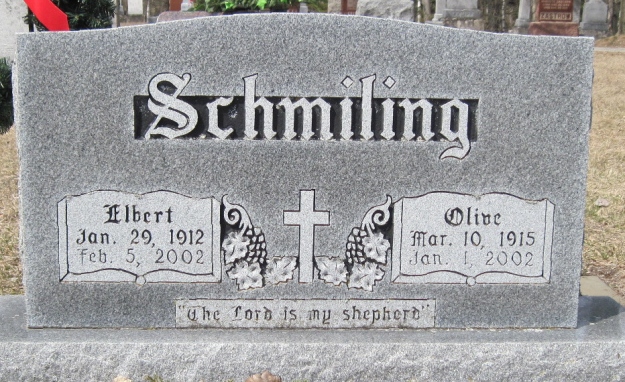