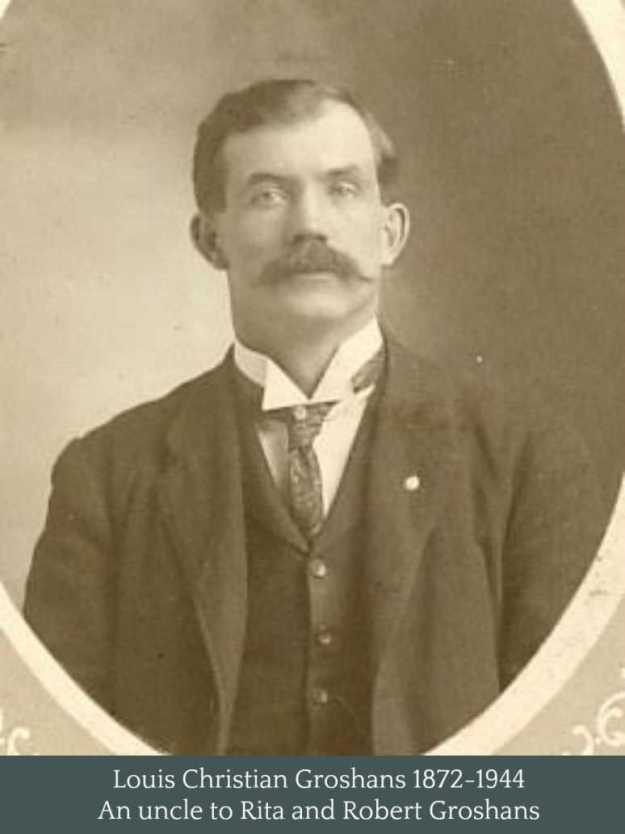 When Louis Christian Groshans was born on October 5, 1872, his father, Gottfried, was 24 and his mother, Salome, was 22. (Note: some of our family hand-written notes say his mother’s name was Selma) 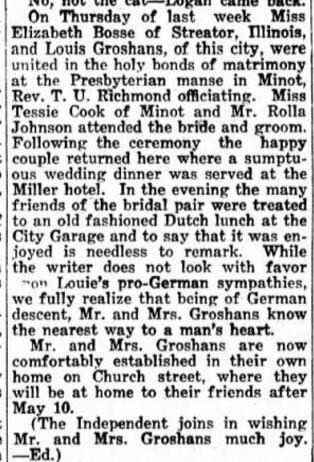 Louis may have immigrated to the United States in 1881. The information on his immigration date is from the 1900 US census.

Louis was a coal miner. He was deafened by a coal accident at the age of 15. Louis was also a auto garage manager according to our family stories. As you can see by one of these stories below, he had another accident in the auto garage. 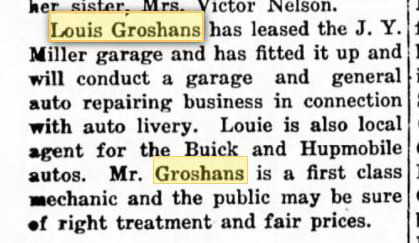 This news article shows that he might have been involved in the construction of an electrical power plant. 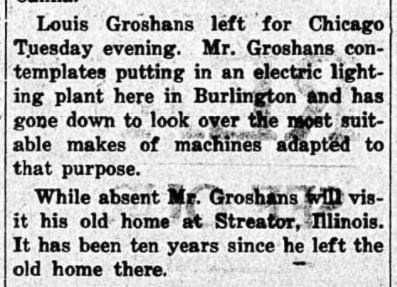 Louis died in the mid 1940’s from being hit by a car.  Our notes say this happened in Cincinnati, OH. 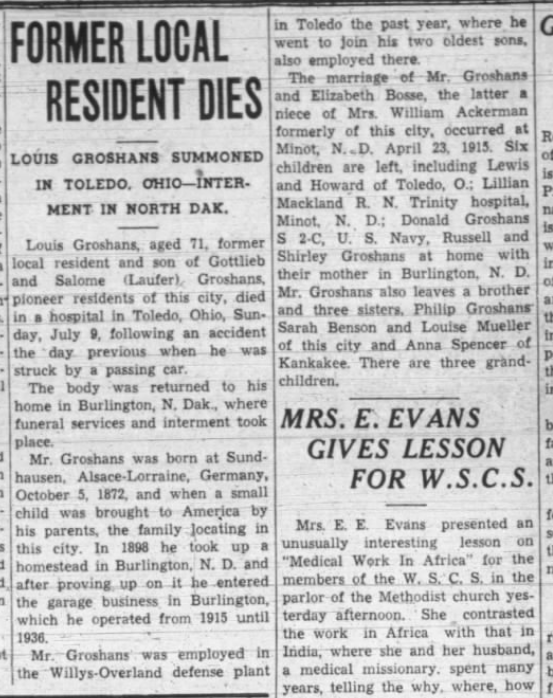 Here is how we relate: