1945/1946 photos of the U.S.S. Oregon City (heavy cruiser) and of the shakedown at the Guantanamo Bay Naval Reserve. All photos below were scanned from print copies owned by Robert Hess who served as an Ensign.

Robert L. Hess, my father, was an Ensign on the U.S.S. Oregon City. In this blog, I share pictures that I scanned from a photo collection that my father owned.  I believe that some of these photos were taken by my father. It is possible that he also obtained some of these photographs from another unknown source/person. Enjoy this glimpse into history on the U.S.S. OREGON CITY and also the photos taken at their 1945/1946 shake down at Guantanamo Bay Naval Reserve.

The Oregon City sailed from Boston  on 31 March 1946 for shakedown at  the Naval base on Guantanamo Bay, then returned to Boston in mid-May.  The photos from my father’s collection that were taken at Guantanamo Bay are all captioned “April-May 1946.”

My father, Robert L. Hess, enlisted in the U.S. Navy’s pre-officer training (V-12) while he was still in High School in Benton Harbor, MI. He entered into active service on 1 July 1943 and was assigned to the University of Michigan where he earned two B.S.E. degrees from the Engineering College in 1945. He was then assigned to the Midshipman program at Columbia University. He was commissioned as an Ensign in October of 1945.  He married my mother, Gretchen Ream Hess, in Ann Arbor on 15 December 1945.

He was assigned to the USNRMS (United States Naval Reserve Midshipman’s School), at Columbia in New York where he took his officer training. 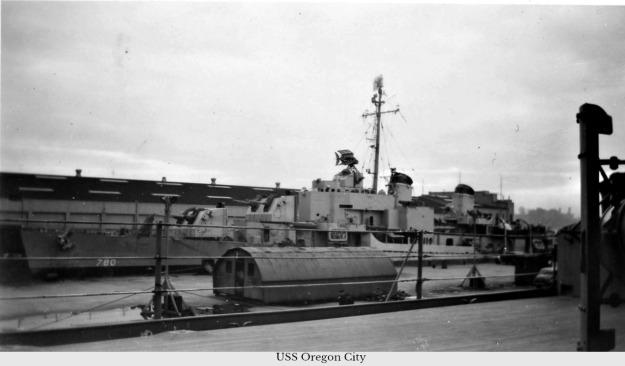 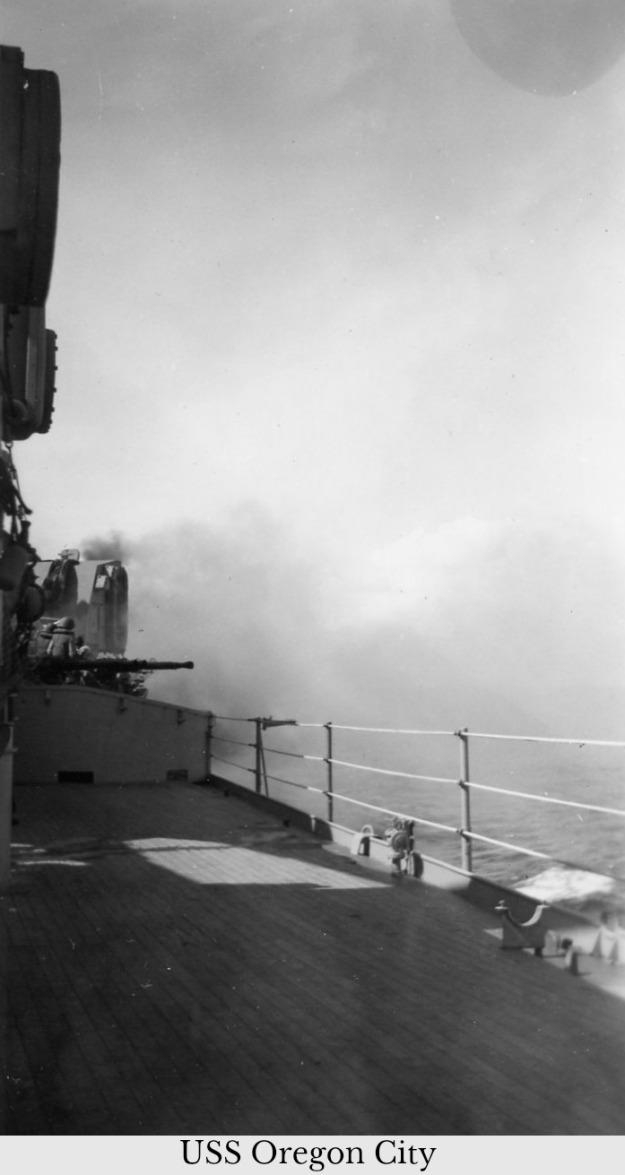 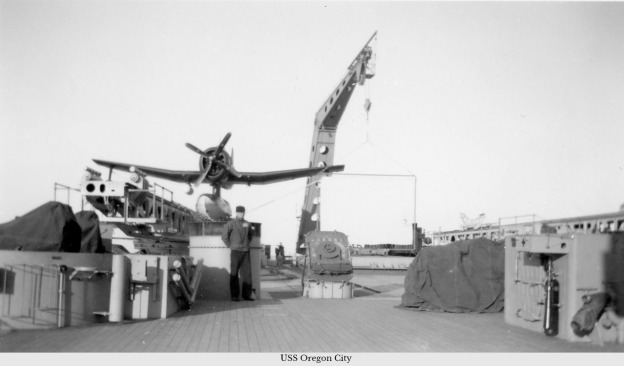 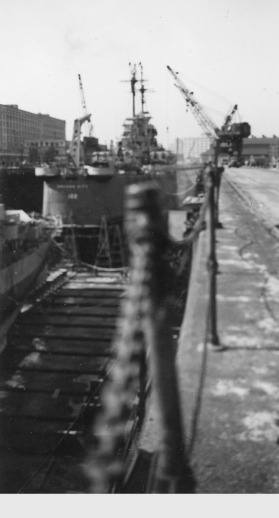 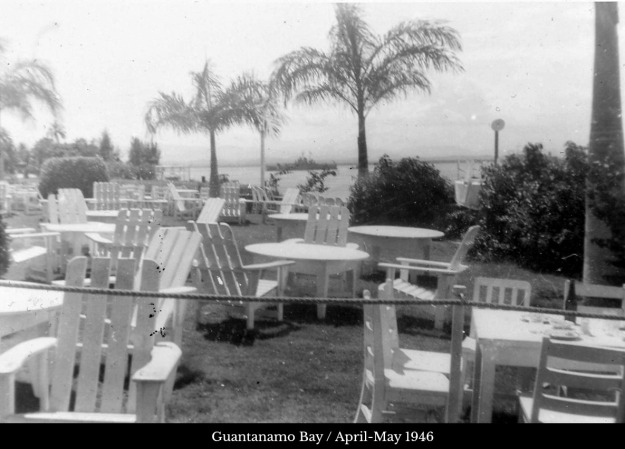 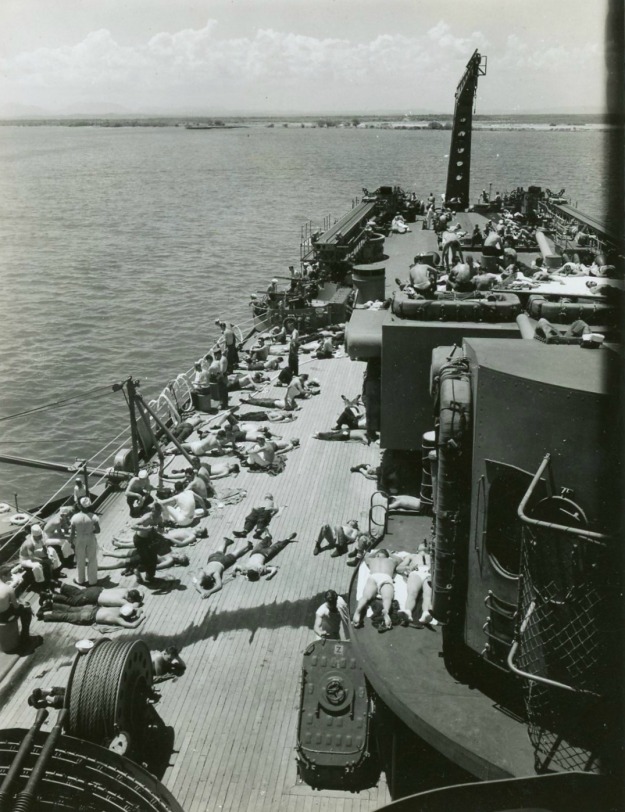 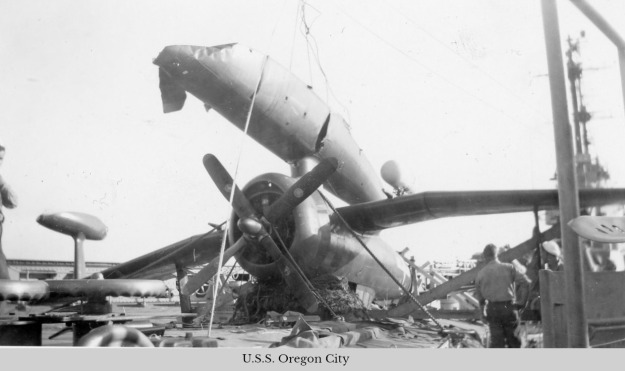 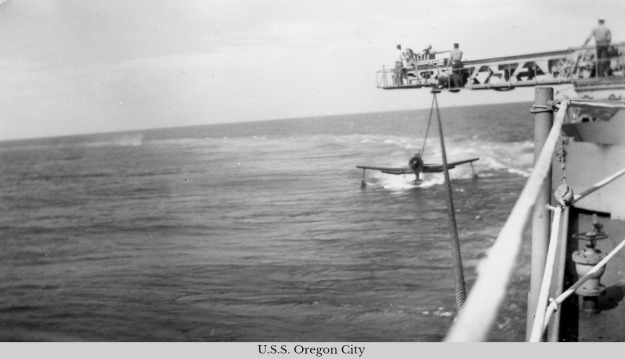 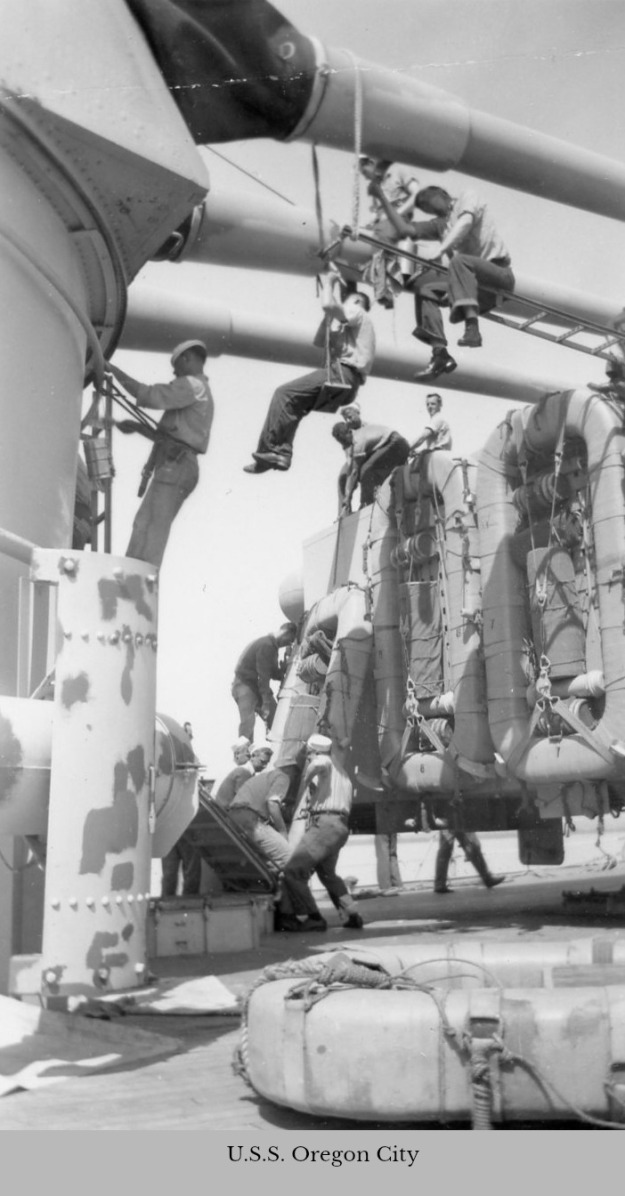 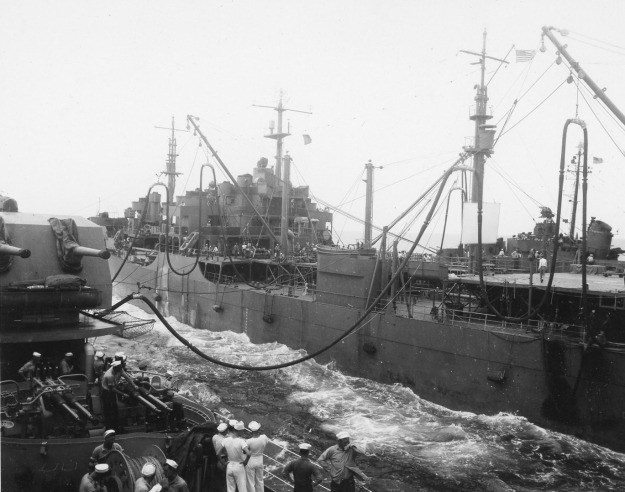 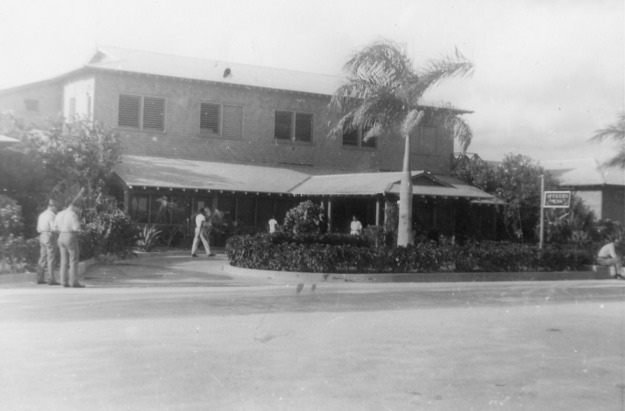